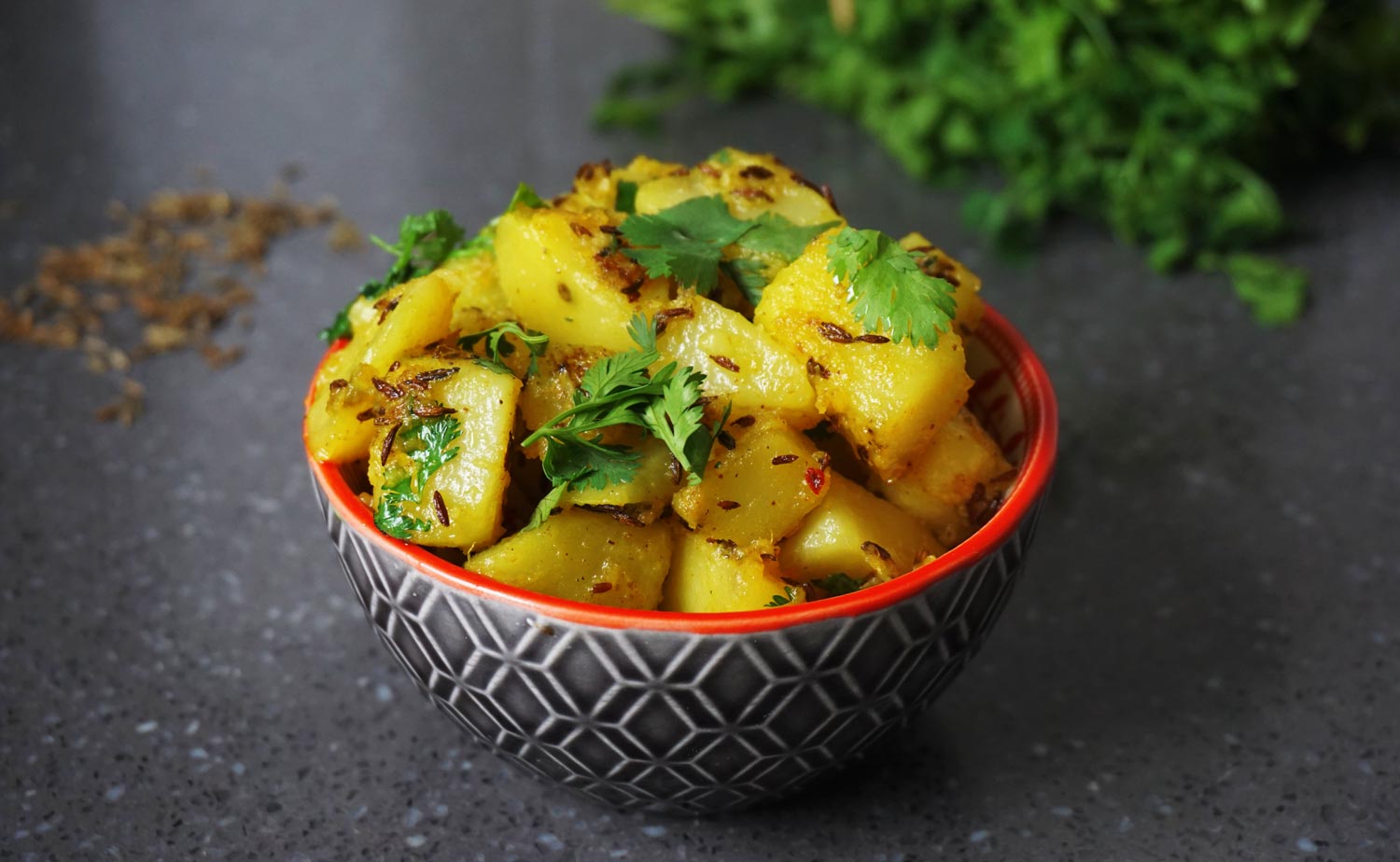 I’m a big fan of Indian cuisine. The dishes are spicy and very tasty. That’s why I was very happy when I traveled around Malaysia and Nepal and saw that there is so much Indian food. I have also eaten this Indian dish, Jeera Aloo, many times, often by the side of the road at a street food place. Jeera Aloo is a vegetarian side dish made from potatoes (aloo) and herbs, including cumin seeds (jeera). It’s often served with roti or dal. But it is also very tasty as a sweet counterpart with a sweet lassi yoghurt drink.

There are different variants of this Indian dish. Below I share the most common and also the simplest Jeera Aloo recipe. You can of course make it as spicy as you want. Traditionally, green chilies and chili powder are added, but you can also omit (one of) both if you don’t like spicy at all.

Peel the potatoes and cut them into small pieces. Cook them with some salt. Drain and let them get a bit dry on low heat in the same pan for a moment.

Then put a skillet over high heat with 2 tablespoons of ghee or oil. When the pan is hot, add the cumin seeds. When this starts to smell, add the grated ginger and the chopped chili pepper. Stir occasionally.

Before the ginger turns brown, add boiled potatoes along with turmeric, some chili powder, coriander powder (optional), lemon juice, and plenty of salt.

Toss this regularly and let it brown a bit. Spoon the Jeera Aloo into a bowl and garnish with some chopped fresh cilantro.