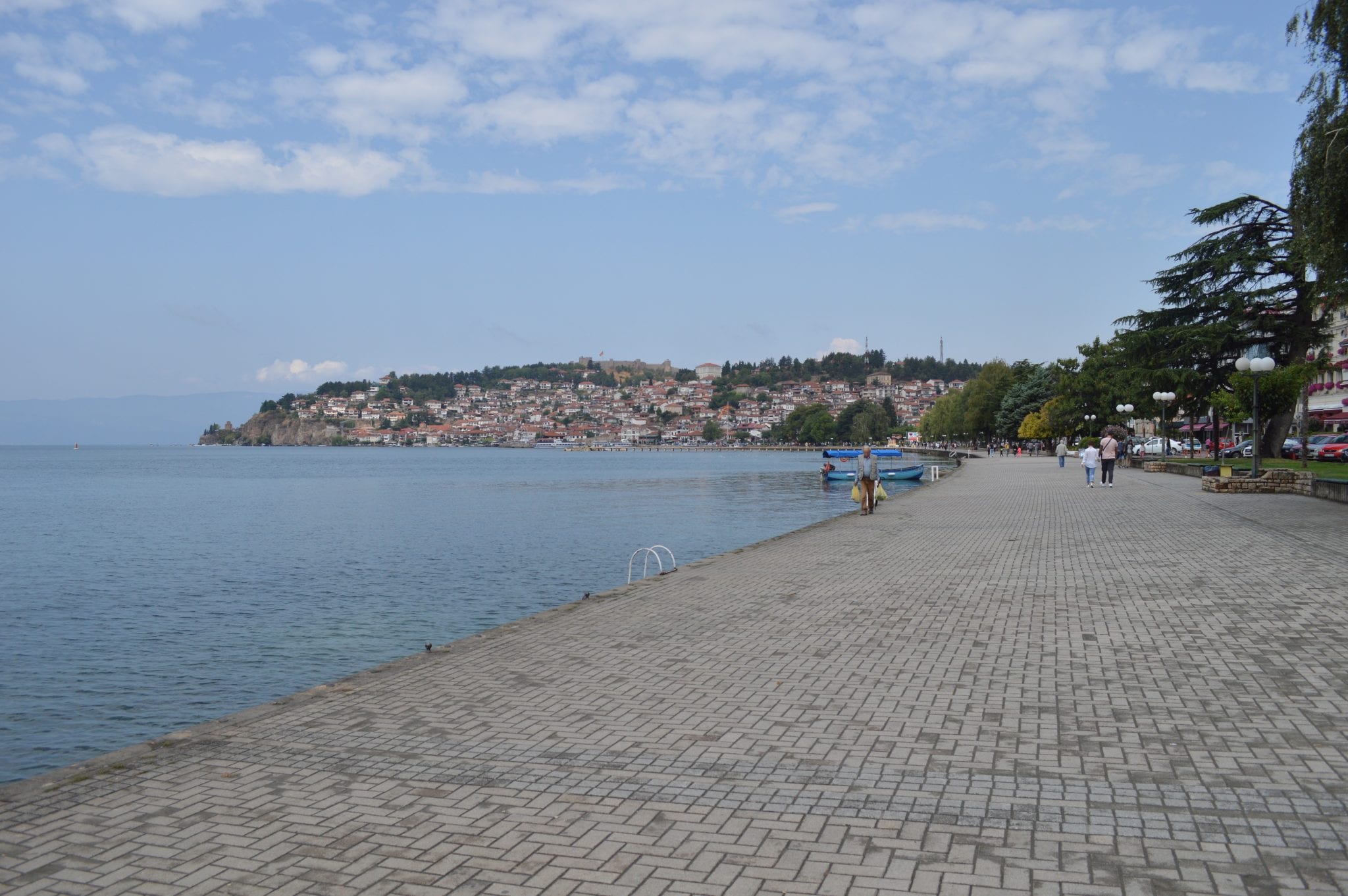 Lake Ohrid – What has changed in 2 years?

Home » Macedonia » Lake Ohrid – What has changed in 2 years?

The first holiday to Lake Ohrid in Macedonia was already 2 years ago. I thought it was such a nice and beautiful destination that I decided to go back again. Yet a lot has changed in 2 years!

In the summer of 2015 I visited Ohrid for the first time. Every day I ate delicious and cheap at the nice restaurants at the waterside and I discovered the beautiful nature of Macedonia. This year I wanted another wonderful holiday in the same city on the beautiful Ohrid lake.

What has changed at Lake Ohrid in 2 years?

When I arrived at the hotel I noticed it right away; only Dutch people! Actually you’ll meet Dutch people almost everywhere, but the first thing you hear is “goedemorgen!” (goodmorning in Dutch) in the breakfast room and the first translation on the information board at the boats is Dutch, you already know enough; Ohrid has been overrun by Dutch people.

This is mainly because the Dutch writer A. den Doolaard has written a lot about Macedonia. One of his books sparked an interest in Ohrid in the Netherlands in the 1930s, which ultimately resulted in around 50,000 Dutch visitors per year. In Ohrid you will also find the real Dutch Park where a monument can be found in honor of A. den Doolaard.

Due to the enormous attraction of these wealthy Dutch tourists, prices did increase of course. Where we previously paid around € 20 for 2 starters, 2 main courses, 2 desserts and 4 drinks, we paid at least € 10 more (in the same restaurant). Macedonia is by no means a rich country, so residents may not appreciate this rise in costs. The restaurants and tourist offices, on the other hand, will be very happy with us. In different streets you see advertisements for Dutch speaking guides.

This years activities at Lake Ohrid

One of the best trips and activities was to the Mavrovo national park. I really wanted to do this again this year. You take a beautiful walk through the mountains and visit the beautiful village of Galicnik. Before we left for Ohrid, we emailed the tour company to ask if we could join our favorite tour guide. He told me so enthusiastically last year about the national park, the animals and what medicinal properties the plants can have. Unfortunately we were not classified in the group with him! Very unfortunate, but the tour was still very worthwhile.

What I had done new this year was a tour to Cave Peshna. They also call this the ‘Lord of the rings cave’ because the opening is huge. After visiting this cave we visited a village that is known for baking pots. Of course we were allowed to get our hands dirty after a short demonstration. You can take this ‘selfmade piece of art’ home as a souvenir.

Another thing I did for the first time this year is canoeing. This is a great activity that you can do at your own pace in the warm sun. We paddled a bit around the church on the hill and had a beautiful view over the cliffs! It is definitely recommended for one or two hours.

And of course we ate our favorite dessert almost every day, just like two years ago. The delicious pancakes filled with banana, whipped cream, biscuit crumb and chocolate. After a week, I still hadn’t had enough. Yummm!