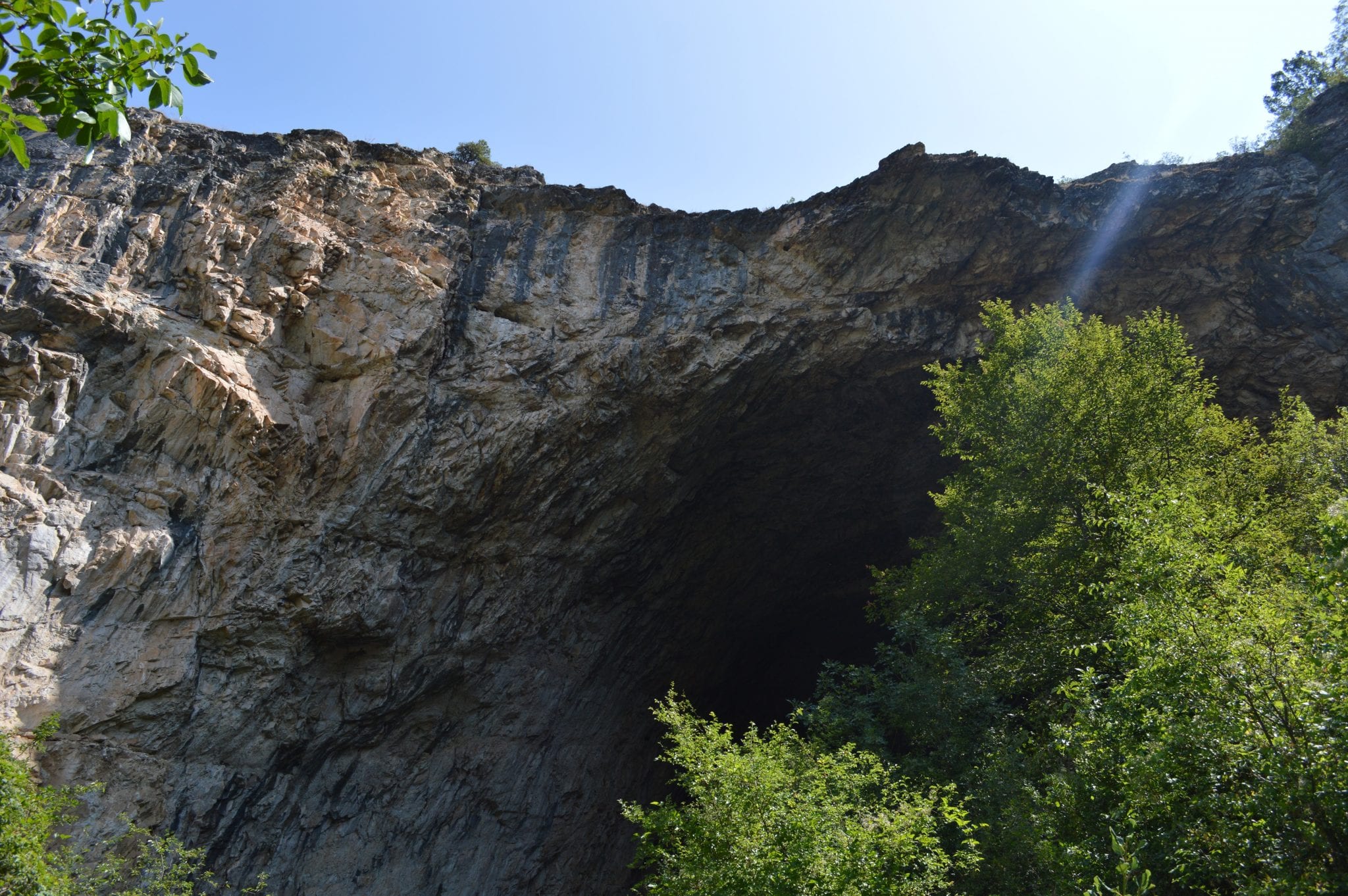 Cave Peshna “lord of the rings cave” in Macedonia

There’re a few caves in Macedonia like Cave Vrelo near Skopje , Cave Peshna and a few others. Cave Peshna is located about 1.5 hours drive from the famous Lake Ohrid, in Macedonia. This cave is said to have the largest cave entrance in the entire Balkans.

As beautiful as this cave in Macedonia is, just few people know about it; not tourists, but not many residents either (at least in 2017). It is therefore very quiet and it’s likely that you’re the only one if you go with your own transport, how cool is that! You don’t have to pay any entrance fees either. On the other hand, we booked a trip with a guide who told us a lot about the recently discovered cave.

They also call this the “Lord of the rings cave” because the opening is huge and reminds of the setting of the films. Several birds fly inside the cave and you can also spot bats.

Unfortunately, illegal excavations are carried out in and around the cave by residents. These are usually poor people who hope to make their future easier this way. According to our guide, this cave has never really been well studied by archaeologists, so little is known about it.

Near the cave there’s just one single restaurant where you can eat and drink something.

When it has rained a lot, the back part of the cave is flooded and water flows out of the cave. This has dried up in the dry summer period.

In Cave Peshna they once found a “human fish” (or cave elm). This salamander gets its name from its color which is similar to our skin tone. The special thing about this is that the nearest place where this animal has been seen is in a cave in Slovenia. As a result, researchers suspect that there may be some sort of underground connection between these caves.

How do you get to Cave Peshna?

Cave Peshna can be reached with a tour through a large tour organization from Ohrid. It’s also be possible to visit the cave with your own transport. This is about a 1.5 hour drive from Ohrid and over 2 hours from the capital Skopje.