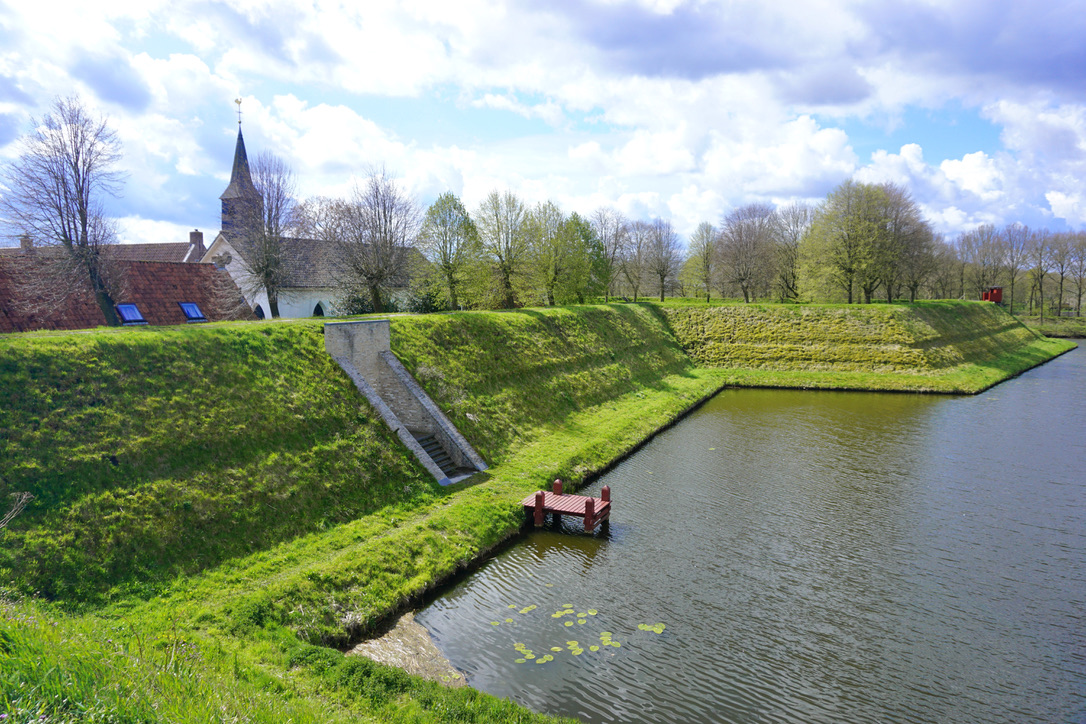 20 best things to do in Groningen

Home » Europe » 20 best things to do in Groningen

Normally I make a city trip in Europe during spring. Unfortunately this year that wasn’t possible. But who says that a holiday in your own country isn’t fun too? After all the traveling around the world, I sometimes forget to appreciate my own country. This spring I traveled for a few days through the province of Groningen. These are the best things to do in Groningen.

20 Things to do in Groningen

Bourtange is an old fortified village that was built in 1580. The village has a characteristic pentagon shape that looks beautiful from above. It’s nice to walk around to see the different old buildings, such as the officers ‘houses, Pastor’s residence, soldiers’ barracks, cannons, the large entrance gates, the secreten (toilets from the past), the bridges, the canals, the church and the mills.

Bourtange is located near the German border. To this day, people live in the old village and you can enjoy a nice lunch or a drink at one of the restaurants. In addition, there’s also a shop that sells old-fashioned candy, including syrup and liquorice!

Bourtange is open all year round. Parking is free at the information center.

De Wedderborg is a borough in the village of Wedde. This was the seat of the Lords of Westerwolde for hundreds of years. The site is now privately owned and currently serves as a children’s hotel. You can visit the museum and the garden and take a nice walk.

New Statenzijl is, just as Bourtange, also located near the German border. You can even stand with one foot on Dutch soil and the other foot on German soil.

Nieuwe Statenzijl isn’t that special, but the Kiekkaaste is. Here you walk on a wooden path to a bird watching hut. You can spot colorful sandpipers, seals and porpoises. Bring your binoculars!

Just like Wedderborg, the Ennemaborg is a borough where a surety lived from the end of the 13th century or in the 14th century. It was built as a stone house, but later converted into a fortified castle with towers and a moat. The first part of the estate is a park and the rear part is a natural forest where you can take a nice walk.

The Punt van Reide is a 53 hectare outer dike headland that is the remains of the Reiderland. Over the years, almost the entire original area has been swept away by the sea. The Punt van Reide is now a nature reserve where both birds and seals live. With a bit of luck you can even see some seals at the Seal viewing wall.

Parking is possible at the visitor center or at battery Fiemel.

The fishing town of Termunterzijl is not far from the Punt van Reide. When visiting, you should try eating the fresh fish at one of the restaurants/cafes. In addition, you’ll have a nice view from the dike and there is the Museum pumping station Cremer. But to be fair, the delicious fresh fish is the highlight of your visit!

The Fraeylemaborg is located on an estate of at least 23 hectares where you can take a nice walk. In the Middle Ages, this borough was founded as a stone house and has housed several influential residents over the years. Currently it’s De Fraeylemaborg museum.

Sometimes events such as exhibitions and markets take place, but it’s also a popular wedding venue.

The nature reserve ‘t Roegwold is located near the Fraeylemaborg. It’s an area with old nature and more new nature. The agricultural land located between the existing nature areas will be redeveloped here.

I thought the Knuppelpad was a very nice walking route. You follow this route partly over a long wooden path over the water. In the right season, it’s a popular breeding ground for birds, so don’t forget your binoculars!

You can park here for the walking route the Knuppelpad

In addition to walking routes, there’s also a boat rental, a small amusement park and a subtropical swimming pool.

West of the Zuidlaardermeer is the Noordlaarderforest where you can also go for a nice walk and even visit the Hunebedden.

There are also burial mounds that are at least 2500 years old. By erosion they had almost disappeared, but five of these burial mounds have been restored by Natuurmonumenten so that they can be visited again.

Groningen city is a must-see during your visit to the sights in the province of Groningen. I really enjoyed walking through the center and the market and to sit on a terrace. Other great sights in Groningen are the 97 meter high Martinitoren, the Prinsentuin and the Groninger Museum.

The Menkemaborg is a castle museum in the northeast of Groningen. This year it’s exactly 100 years ago that the Menkemaborg was donated to the Groninger Museum by the heirs of the last occupant.

You can walk around in the beautiful garden, visit the museum and eat or drink something at the restaurant.

In the north of Groningen the Pieterburen seal center is located. Here, sick, weak or stranded seals are helped and eventually released. The center isn’t very big, but it’s fun for both young and old.

In the province of Groningen there are dozens of Wierdendorpen, villages that are located on small hills which the inhabitants in the past were able to protect themselves from flooding. Niehove is one of these Wierdendorpen. The layout of the village has remained unchanged for centuries, giving it an authentic, charming appearance. Definitely worth a walk!

The large Lauwersmeer was created in the 60s by closing off the Lauwers sea to protect the residents against floodings The lake is located on the border of the provinces of Groningen and Friesland.

The Lauwersmeer is a popular nature reserve for walking, cycling, boating, swimming, fishing and water sports. There are several hiking trails that take you to, for example, this observation tower and this bird-watching tower.

Things to do on the way to Groningen

The town of Giethoorn is one of the most populair things to do on the way to Groningen. Giethoorn is a waterfront village situated in Overijssel. It’s also called Holland’s Venice because of all the small canals. During the high season it’s packed with tourists. But currently it’s pretty quiet with only a handful of Dutch tourists.

You can walk around, but also rent a boat to navigate through the canals yourself.

To your list of places to visit on the way to Groningen, you can also add Zwolle, the capital of Overijssel. There’s plenty to see and do. For example, visit Museum de Fundatie with its iconic cloud sculpture on the roof, which holds a large collection of fine art.

In Zwolle you can also climb the Peperbus basilica. The Great Church is also a nice attraction. In addition, Zwolle is a nice city for a day of shopping.

The Waterloop forest in Flevoland is a historic polder forest. In the past hundreds of studies into the behavior of water have been conducted in the forest. For example, there are remains of the research for the Delta Works and of water works for the port of Lagos. The marked hiking trails lead past the different models of water works.

Kalenberg is a small waterfront village with a population of 220 (2020). The village is similar to Giethoorn, but much less touristy. You can also walk around and enjoy boating.

The small fishing town of Lemmer is located on the IJsselmeer and the Frisian lakes and is a popular water sports resort. During the summer Lemmer is a popular seaside resort. It’s nice to walk around and watch boats from one of the terraces.