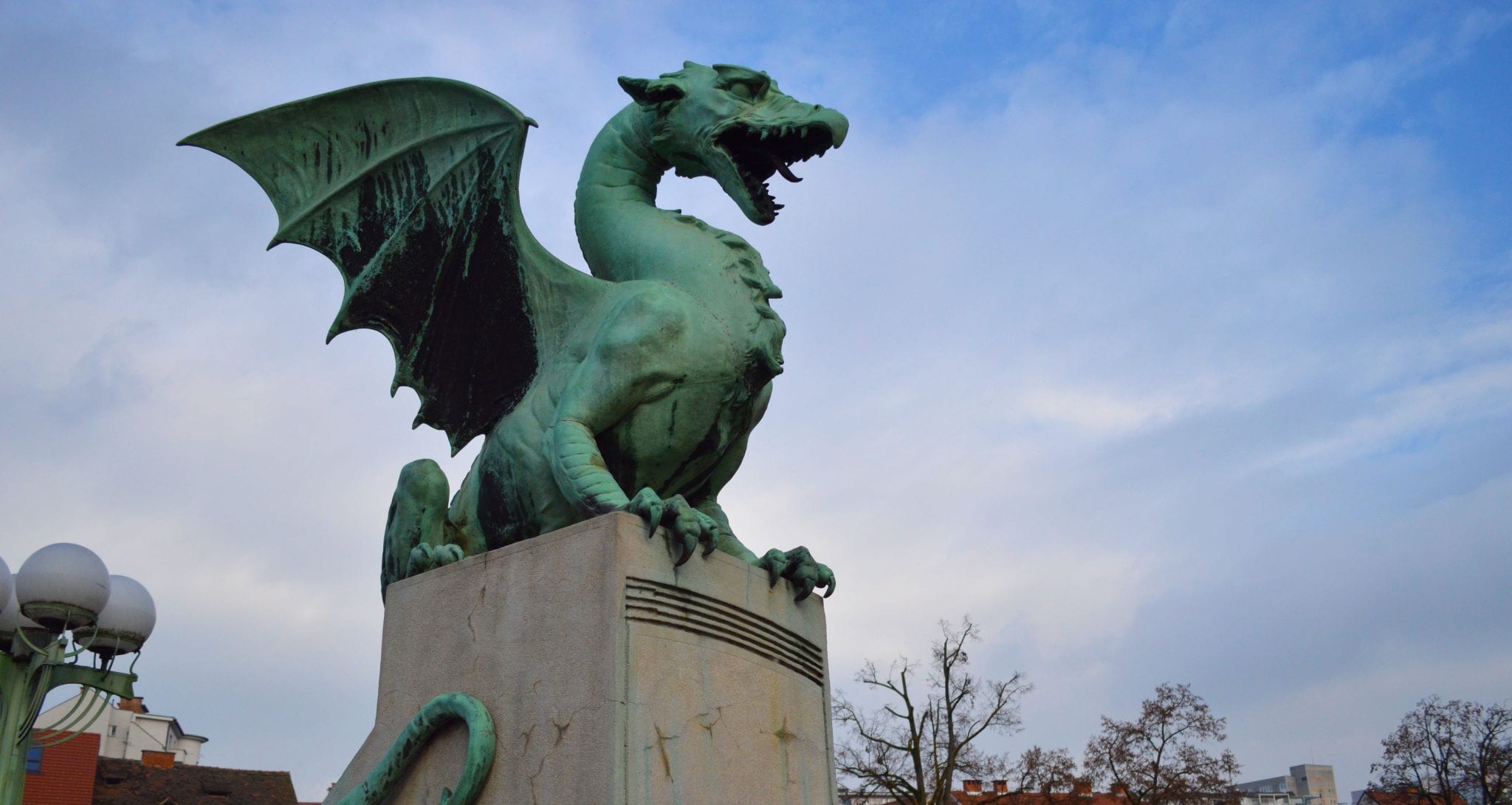 In the fall of 2016, I was invited to an international meeting for speech therapists in Ljubljana, the capital of Slovenia. Of course I then added some active sightseeing days to see all the top sights in Ljubljana.

The international meeting took place on my first day in Ljubljana. The entire event was organized by the students themselves. They did a very good job because it was arranged great! In addition to me, four other international students also gave a presentation on a speech-language-related topic.

On Saturday morning we traveled to the faculty again for a workshop “coping with stress” (a useful workshop for me!). The Slovenian psychology students who gave this workshop were enthusiastic and knew a lot. Later lunch followed. What is a dinner for us Duct people, is lunch for the Slovenians. We got a plate full of meat and potatoes with a bowl of lettuce and mushroom soup. Slovenian cuisine mainly consists of stews and a lot of meat. Around dinner, the Slovenians often eat yogurt with fruit, a sandwich or rice porridge because they’ve already had the largest meal at lunch

I stayed in Ljubljana for 4 days. The center is not very big, so it’s possible to see all the sights in Ljubljana within 1 to 2 days.

This year’s theme of enlightenment was the beginning of life and the universe. The lights represented shooting stars, planets, DNA and even ova and sperm. The lights are spread all over the city center of Ljubljana. On the square is the Franciscan church in a special pink color.

The famous three bridges also border the square Tromostovje, one of the more famous sights in Ljubljana. The history behind this is that this single bridge was destroyed by an earthquake when Slovenia was still part of Austria. Austria gave money to the country to rebuild the bridge. Only there was so much money left that they decided to build two more bridges next to it. These could serve as pedestrian bridges to better guide traffic.

At the moment no cars are driving over the bridge and on the square. Thanks to this change, Ljubljana can call itself the greenest city in Europe in 2016.

Another famous bridge and also one of the most famous sights in Ljubljana is the dragon bridge: Zmajski Most. Legend has it that the prince who founded the city murdered a dragon in the mist. The bridge was built where he killed the dragon. Large statues of dragons stand on either side of the bridge.

Saturday afternoon we visited the castle: Ljubljanski Grad. This castle is located on a small hill that’s easily reached by a funicular (€ 4 return) or by foot. With good weather you have a good view of the city. Unfortunately it was very cloudy when we visited the castle. In the evening the castle is beautifully lit and the structure itself is quite interesting.

From Nebotičnik you may have an even better view of the city and the other sights in Ljubljana. This is also called Ljubljana’s skyscraper. The elevator takes you to the eleventh or twelfth floor in no time.

The Metelkova district is one that you must visit during your visit to Ljubljana. I thought it was one of the nicest and most special sights in Ljubljana. The residential area is named after the adjacent street Metelkova ulica. It’s an alternative arty neighborhood that has a lively nightlife. The buildings are full of graffiti and there are special works of art.

During the last day in Ljubljana, we visited the Rožnik hill and the adjacent Tivoli Park. On the hill is a pink church and there’s a restaurant. Here I ate a traditional iota. This is a sauerkraut soup with beans and potatoes. For dessert we ate štruklji. This is cooked rolled dough with a filling of cottage cheese (or a variant of this). I certainly liked that! View the recipe of štruklji here.

I had a great time in four days. I met very nice people and had special experiences. The city of Ljubljana is also highly recommended for a city trip! Use the USE-IT map made by locals for great tips about the sights in Ljubljana. Make sure to discover other places in Slovenia as well for the best travel experience.

Bled may not be one of Ljubljana’s sights, but it’s a fun day trip from Ljubljana. After about a 45 minutes drive, you reach Lake Bled. The beautiful pictures on Slovenian postcards are mostly taken at Lake Bled. Read more here about my visit to Lake Bled.

With an area of about 20,273 km², Slovenia is about half the size of the Netherlands and has about 8 times fewer inhabitants than my cold little country; namely about 2 million.

The currency in Slovenia is the euro. The price level is lower than in the Netherlands. For a dinner consisting of one main course and two drinks, you pay about €10. The beers and wines are also considerably cheaper in cafes and bars. For example, you pay between €1 and €2 for a glass. The nice thing is that the wine in the bars and cafes tastes a lot better than the wine in most entertainment venues in the Netherlands.

Check out all the Travel Videos

Moalboal Philippines – 7 things to do + tips