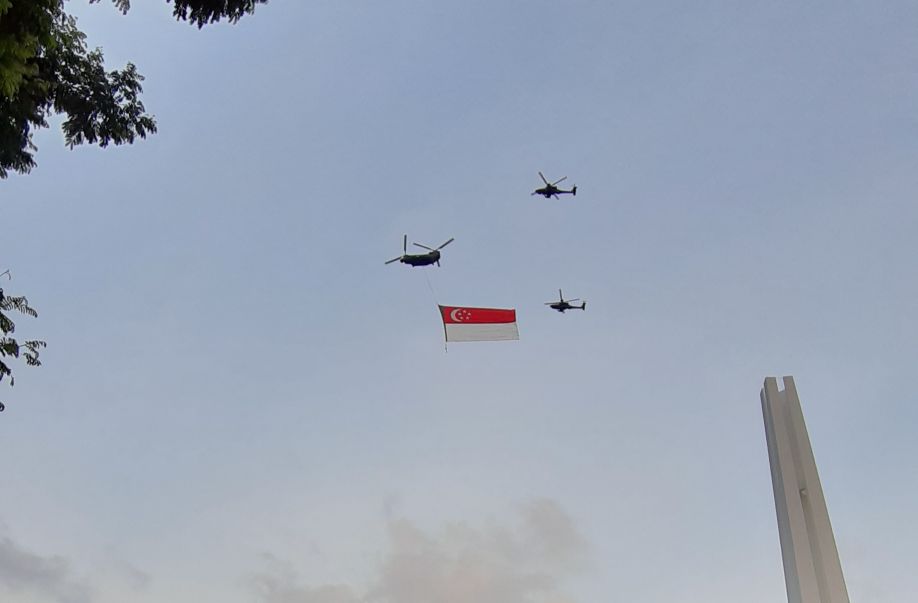 Every year on August 9, National Day is celebrated in Singapore. This day is very important for the Singaporeans. They celebrate the independence of Malaysia since 1965. There’s also a lot of partying! This year I spent four days in Singapore and experienced this important day.

Curious about the top 15 things to do in Singapore?

Every year there’s a parade on National Day. Anyone who has a ticket for this can, among other things, see the impressive dance and singing shows. Parliament is often also present at the Parade. The parade is held every year at The Float @ Marina Bay, at the National Stadium or the Padang. This year it was held in the Padang.

At the hostel we were told that there is plenty to see around the Padang in the afternoon. So we took the MRT to City Hall. Judging by the extreme crowds, we were right! We looked for a good spot somewhere along the road and actually waited without a clue of what to expect.

Not long after we stopped, three helicopters flew over with a Singapore flag. Everyone clapped and cheered. A while later we heard people in the flats behind us cheering and screaming. We didn’t see anything yet. But not long after that, three fighter jets flew apart at lightning speed with a huge racket over us. Wow!

This year there was also a military parade with the final destination Padang. Dozens of tanks and army cars with heavy artillery and soldiers drove by. It was very impressive to see. On this day they briefly showed the outside world what they have in store. Fighter planes, large tanks, anti-aircraft guns, drones and other army cars were presented.

When all army cars were stationary, a passenger plane flew over with two fighter jets next to it. Not long after, several jets flew over the city doing the necessary tricks. Very cool to see!

A big day like National Day must of course be closed properly. I had read online that there would be fireworks from the water at Marina Bay and the Padang. So we traveled with thousands of others to Marina Bay to admire the fireworks there. And that was also very beautiful and impressive to see. What a day!