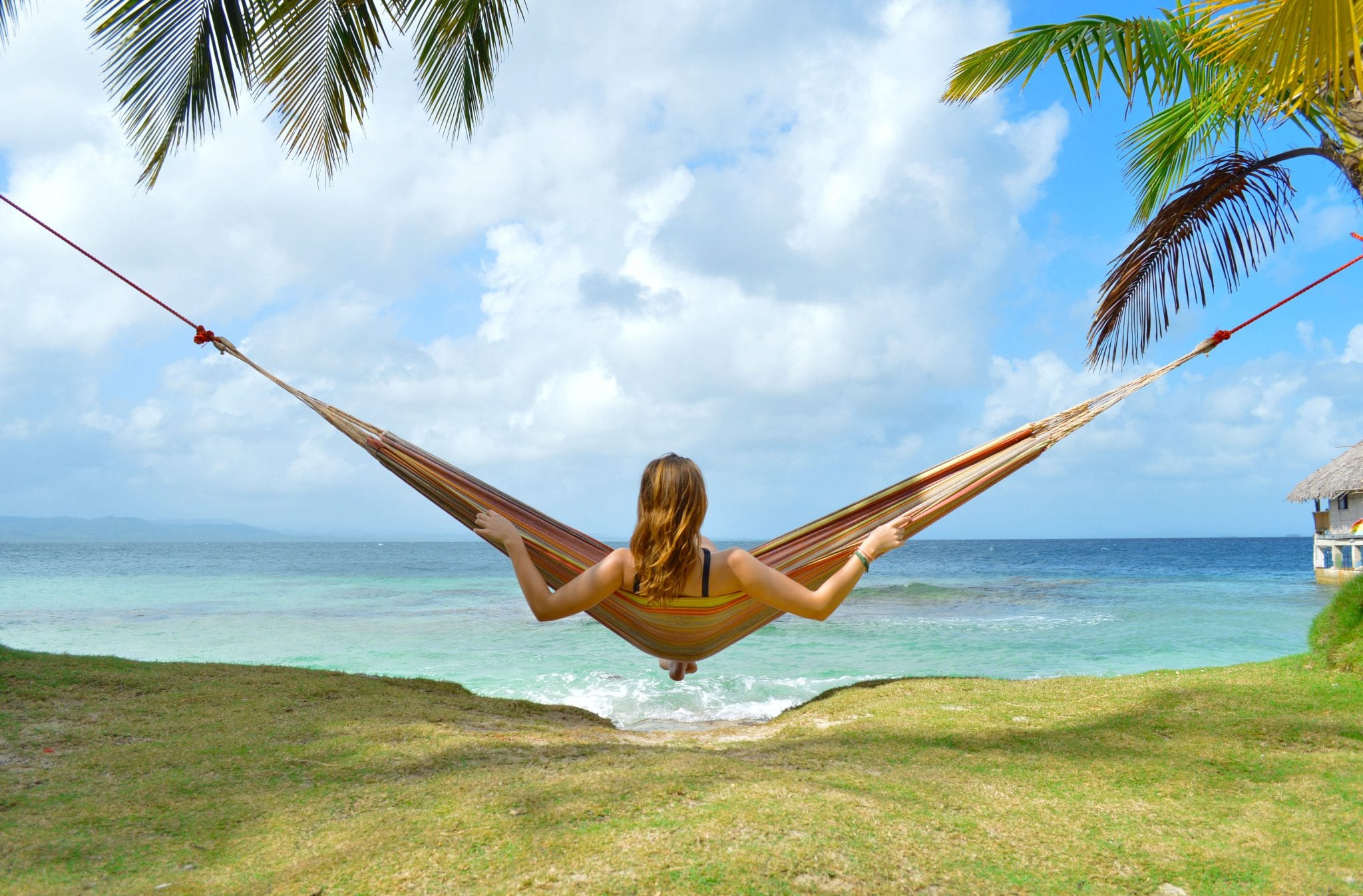 Panama is without doubt a very beautiful country that’s also easy to travel and backpack. Panama has a beautiful and mostly untouched nature and even ranks first of the highest number of different animal species in Central America. Do you want to go backpacking in Panama? I’ll tell you more about my itinerary in Panama in 2 weeks.

Panama is a great country for backpacking. Chances are you want to visit Panama on a transit route from Costa Rica or Colombia. We stayed alone in Panama for 2 weeks without traveling and visited many nice places during that time.

Many travelers who enter the country from Costa Rica travel on to Bocas del Toro. This must be beautiful, but I skipped it because it is quite difficult to reach from Panama City. The trip is very long and for 2 weeks I thought it wasn’t worth it.

My Panama itinerary started in Panama City. From Amsterdam I flew with a long transfer in Madrid to Panama City, Tocumen Airport. The entire flight took over 12 hours (excluding transfer time).

Panama City is a large, diverse and chaotic city. The city is known for the Panama Canal and you’ll see many skyscrapers. But the city also has a few national parks. I visited this city three times in total during my tour; on arrival in Panama, before departure to the Netherlands and a few days as a stopover. A 2 to 4 day visit is fine for Panama City.

Read more about the top travel tips for Panama City and also the top 5 sights and attractions in Panama City.

I continued my itinerary in Panama to Santa Catalina. This is a surfers village located on the southern coast of Panama. It’s easily accessible from Panama City with a transfer in Soná. The entire bus journey takes about 6 to 7 hours, including a transfer.

Santa Catalina is increasingly being discovered by backpackers. Partly because you can surf very well and there’s a relaxed atmosphere. There’s another reason Santa Catalina is increasingly being visited during an itinerary in Panama. It’s the perfect base to go snorkeling in Coiba national park. Here you can snorkel and dive among the tropical fish, sharks and sea turtles.

Read more about my experience, useful tips, costs and what you should not miss in the surfer’s paradise Santa Catalina.

Try adding a visit to these islands to your itinerary in Panama. The San Blas islands are the paradises on earth. I stayed on one of the beautiful islands for 2 nights and that is definitely recommended. Every day you visit a different island where you stay for a few hours. Curious about my experience, useful tips and a cost tag? Then read all about my trip to the San Blas islands.

You can choose to visit the islands in transit to Colombia. Various guides offer their tours and it’s often recommended to book in advance.

During your itinerary in Panama you will make us a lot of public transport. The major roads in Panama are of reasonable quality. The maximum speed on the highways is often 120 km/h. Police officers regularly carry out speed checks along the road. The oncoming traffic sometimes warns by means of high beam for these controls.

Public transport is certainly doable in Panama. Long-distance buses usually have air conditioning and run several times a day. You can buy your ticket on the bus. However, many buses are often not in very good condition (especially if you compare with the Dutch quality). But you can expect this all over Central America. I did feel safe on most buses.

You need a ticket for the buses for the short distances in Panama City. These are not available at the airport, so you will soon be stuck with a taxi. Use the Uber Taxis for this, they’re a lot cheaper!

The yellow taxis often do not meet the safety requirements. Yet these are the taxis that drive around the most. Before you get in the taxi, just check whether everything is still there.. You should not expect seat belts in the backseat anyway. The yellow taxis do not have a meter, so it is important to agree a price in advance. Do not forget to negotiate otherwise you’ll pay way too much.

For an overview on the best accommodations in Panama, you can best use Booking.com.

Before I left for Panama I read that the country is quite cheap. During my trip I was actually quite disappointed. Especially since I assumed it would be very cheap. Restaurants, supermarkets and tours are generally pricey. Some prices are comparable to the prices in the Netherlands and sometimes they’re slightly higher or slightly lower. This is because Panama City, in particular, has a very good economy.

But rest assured, if you know where to look, it is still quite beneficial. In my other post, read all about the costs, budget and prices in Panama.

If you plan to visit Panama, it won’t hurt to brush up on your Spanish. Most locals don’t speak a word of English. My Spanish is certainly not good, but with a vocabulary of about 400 words and the use of hands and feet I got a long way.

For Panama, you’ll need a number of vaccinations or a malaria emergency kit depending on your itinerary in Panama. For example, yellow fever, DTP and Hepatitis A vaccinations are recommended. The Yellow fever vaccination is mandatory if you travel to Panama from a high-risk country for yellow fever.

The best time to travel to Panama is from December to April. This is the dry season. Heavy rain can also fall in the dry season, but these are often short. The advantage of a visit in the rainy season is that nature is at its best. Bocas del Toro in western Panama does not distinguish a real rainy season. There can always be a heavy tropical shower here.

My experience with Panama

When I visit a country, I tend to compare. Costa Rica was the first country I visited in Central America, so I quickly use that country as a comparison. For example, I generally liked the national parks in Costa Rica better.

Our guide to the Soberania national park told us that Panama is not yet very good for tourists compared to Costa Rica. You will notice this, for example, in the trails in the Panamanian national parks. These are often not properly maintained. Several national parks are barely accessible. On the other hand, Panama ranks first among the highest number of different animal species in all of Central America.

Is Panama safe? Overall I felt very safe in many places in Panama. I had the most unsafe feeling in Panama City at night. In some neighborhoods, as a tourist, you should not venture at night. Even in the famous Casco Viejo district, I sometimes felt uncomfortable at night. But maybe I am also a bit of a scary hare?

Would you also like Costa Rica to be a nice destination? Then read more about my itinerary and backpacking in Costa Rica.