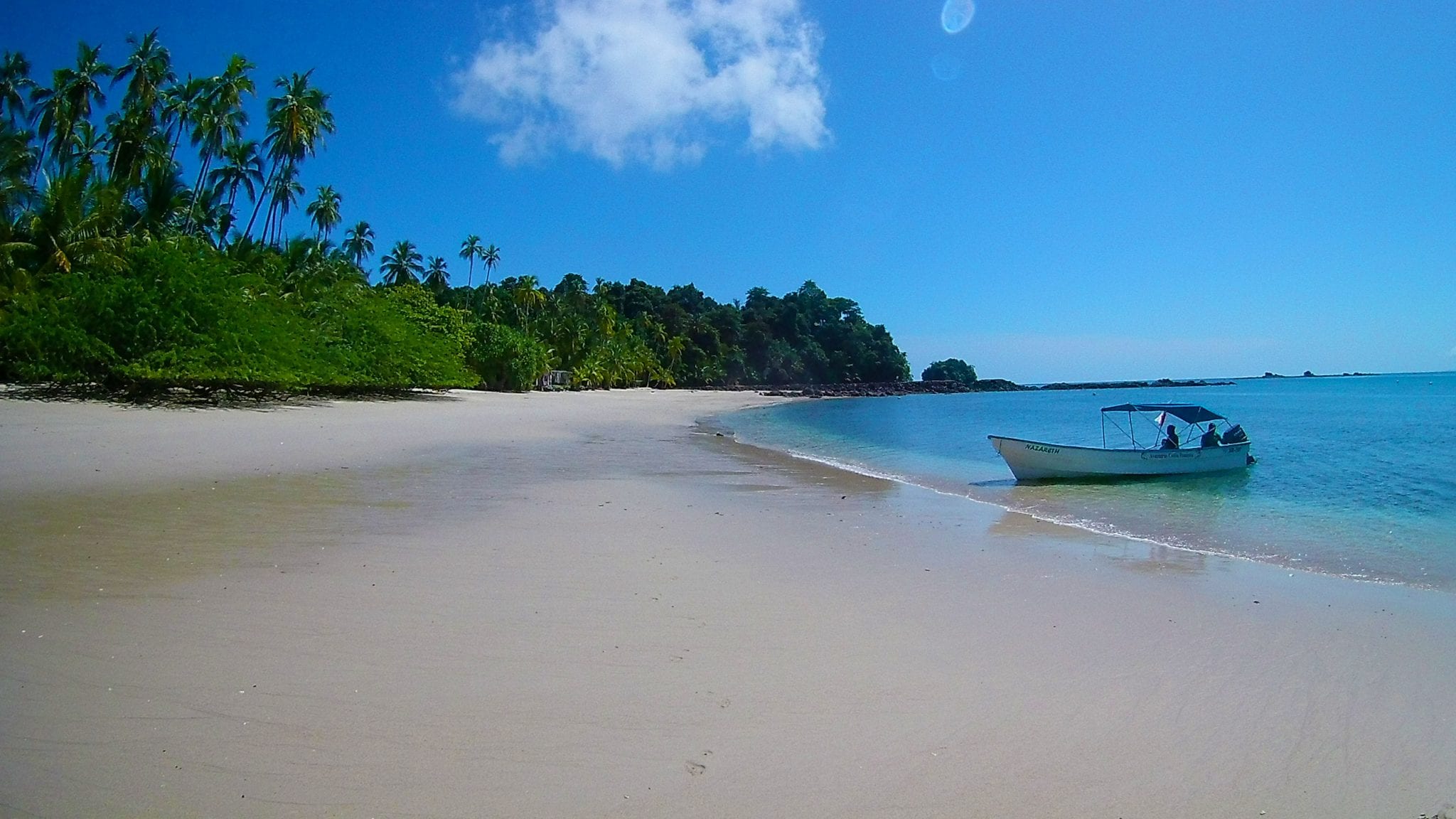 National Park Isla Coiba is perhaps one of the best places to snorkel and dive in Panama. In this article I’ll you everything about why this place is so beautiful and from which laid back village you can best reach this national park.

With an area of over 2700 km², the Coiba national park is one of the largest in Panama. The national park consists of the large Isla Coiba and 38 smaller islands. Because a heavily guarded prison was established from 1919 to 2004, nature has remained mainly intact and so are the reefs. The park has been on the UNESCO World Heritage List since 2015. The national park is accessible with permission from the Autoridad Nacional del Ambiente, ANAM.

Coiba is best reached from Santa Catalina, the nearby village. In this laid back village, several tour operators offer their snorkeling and diving tours to the national park. The ‘center’ of the village actually consists of 1 street, where all shops can be found. Read more about the surfers paradise Santa Catalina.

Since I’d never dived before and would rather not try it here for the first time, I chose to go snorkeling. A snorkeling tour is also perfect for seeing the many types of fish. The reef is amazingly beautiful near the coast.

In the morning I walked to the meeting point where I collected my snorkeling gear. We were with a small group, so that was very nice. After a boat trip of about an hour we reached the first islands. During the trip we saw dolphins and occasionally flying fish! Our tour lasted almost all day where we snorkeled in three different places.

We started at a small island called Granito de Oro that got its name because of the golden sand. Here we swam around the island where we’ve already seen beautiful things.

After 10 minutes of snorkeling I was already very impressed! We saw a lot of different colorful fish, beautiful coral and even a sea turtle. Those animals are beautiful! It was almost like being in an underwater documentary where David Attenborough could comment on the situation at any time.

After our round of snorkeling, we took a short break on the beach. Sitting in the water with my mask on my head, I saw another fish. It was a curious puffer fish. These fish are extremely cute when they’re not bloated. A snorkeling buddy was even “playing” with his flipper. The fish continued to swim towards him as he flipped through the sand with his flipper (also seen in the travel video at the beginning of the article).

Snorkel spot 2: From the boat

After this super fun experience, we continued to our next snorkeling spot where we didn’t go snorkeling from a beach, but directly from the boat into the water. In some places it was already a bit deeper. Suddenly I heard our guide yell “shark!”. Full of excitement I swam in his direction. It turned out to be a white tip reef shark. These sharks are on average over 1 meter long and are often shy and disinterested in people. So they’re not dangerous if you leave them alone. During the day we saw the same type of shark in another place.

After snorkeling twice, it was time for a break with lunch at Isla Coiba (Coiba Island). What a beautiful tropical island! The beach is really beautiful and it was lovely to swim in the warm sea water with a beautiful view of the island. We shared the beach with less than 10 other tourists.

A heavily secured prison used to be located on this island. We walked around the island on our own initiative, but didn’t find any old buildings or whatsoever.

While sailing to our last snorkeling spot, we saw a large ray swimming next to the boat. Unfortunately, we no longer encountered these animals while snorkeling. While snorkeling around one of the smaller islands at Isla Canal de Afuera (where we were the only one!) we saw a lot of colorful fish and even barracudas. Finally, we spotted several sea turtles (see also the video).

Prices of a tour to Coiba

The price of a snorkel tour is $ 80 (2018) at each shop. The prize consists of $ 60 for the tour and $ 20 for the park entrance. You won’t get cheaper in Santa Catalina. This includes the snorkel gear, lunch, boat trip and guide. Our guide didn’t speak English, although otherwise was told us in advance. Too bad, because my Spanish is unfortunately not really good.

Want to know more about the costs and prices in Panama?

Of course you can also go diving in Coiba. The tour operators sometimes also offer multi-day tours where you have the option to stay overnight on the island.