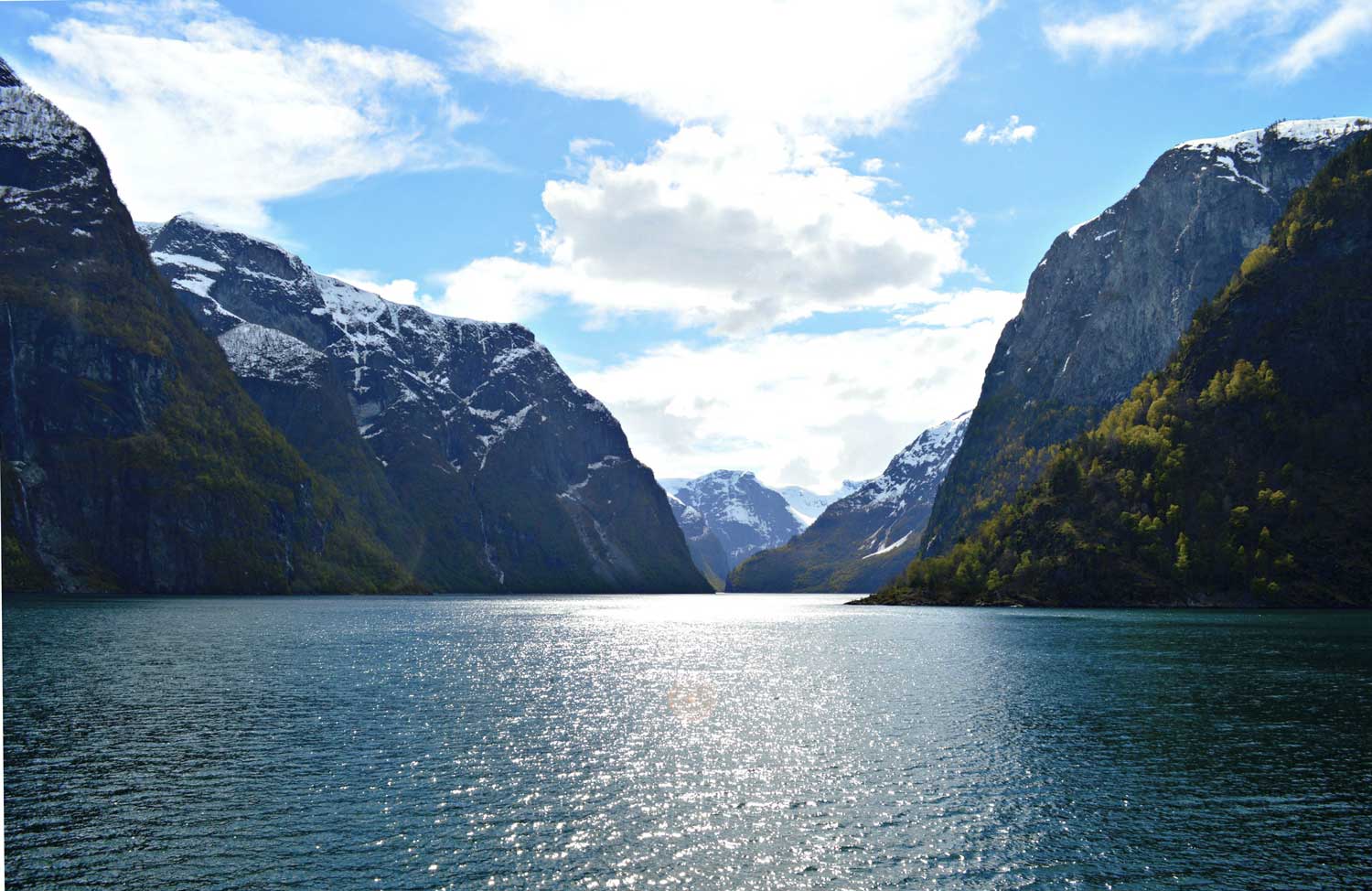 Norway has a beautiful nature including fantastic fjords, sky-high mountains and lush forests. I really wanted to discover this country! Is this article I’ll tell you more about my round trip in Norway by plane, boat, bus and train.

For most people, Norway is not the first country you think of when planning a vacation or round trip. Still, I thought it was one of the most beautiful countries I have visited in Europe. I’ll tell you why!

We took the plane to Oslo and from Bergen to the Netherlands and in the country we traveled by trains, boats and busses for our round trip in Norway. In this way we’ve seen a lot of beautiful nature.

Tip: Norway is one of the most expensive countries in Europe. Keep this in mind as far as possible ;). A budget trip in this country is as far as I know almost impossible.

Our round trip in Norway started in Oslo. From Gardermoen airport we took the train to this capital city of Norway.

The city is also perfect for a nice city trip of a few days. Or use the city as a transit route to other beautiful towns and villages in Norway. Read more about the top sights in Oslo.

We traveled by train from Oslo to Myrdal (what a beautiful trip!). After we continued our journey to Vatnahalsen with the Flåmsbana (more about this later). Vatnahalsen does not sound very well known, and it is not. It is a tiny village at a height of 800 meters and can only be reached by train. In Vatnahalsen you will find some lost houses and a hotel. The hotel is family run.

During the train journey to Vatnahalsen we saw more and more snow, and more and more … In Vatnahalsen there was about 3 meters of snow (we traveled in May …). They had had an incredibly harsh winter so there was much more snow than usual. In summer this can cause problems because of the huge amounts of melt water. A few years earlier it had gone very wrong and several villages were flooded.

When we arrived at the hotel after half a day of traveling, we were the only guests! Wow, that was strange. Soup was especially made for us to eat in front of the fireplace. The next day we got snowshoes + poles from the reception and went out. We had planned to go for a walk in the (green) nature. Well, walking in the snow, it is! We walked all the way to the lake and waved a lot on the way to the trains full of tourists, which passed every hour / half hour.

The lake is the starting point of the large waterfall that you will encounter on the Flåmsbana trail. In winter you can also ski well in Vatnahalsen. With us the snow was melting a lot, so skiing was not an option for us. I drove down the hill with a sled, great fun!

After a few days we continued our journey to the final city, Bergen. From Vatnahalsen we took the Flåmsbana to Flåm. This route is considered one of the most beautiful train rides in the world. With this idea in mind, it may turn out to be a bit disappointing. It is very touristy, but a very nice route. It’s also one of the steepest routes by train in the world.

On the way, a stop is made at the waterfall Kjosvossen. This waterfall was not much, because at that time there was still little melt water and a lot of snow. In the summer it will be a lot more impressive. We jokingly counted the waterfalls we encountered along the way, but we quickly lost count. There are a huge number! Along the way we passed many villages. At one village along the route, the devastation that a flood caused a few years ago due to the large amounts of melt water was still visible.

Once we arrived in Flåm we had about 2 hours to wander around. The village is located on the deepest and second longest Fjord, the Sognefjord. From Flåm we took the boat to Gudvangen. What a great experience that was! The mountains can be up to 1800 meters high where beautiful waterfalls splash. I was very impressed.

From Gudvangen we took the bus to Voss. In winter this is a popular winter sports paradise. From Voss we took the train and arrived in Bergen after a few hours.

This second largest city in the west of Norway is known for its heavy rainfall. However, this city is definitely worth a visit for a few days. Read more about the sights in Bergen.

We ended our tour in Norway with Bergen. What an amazing experience!