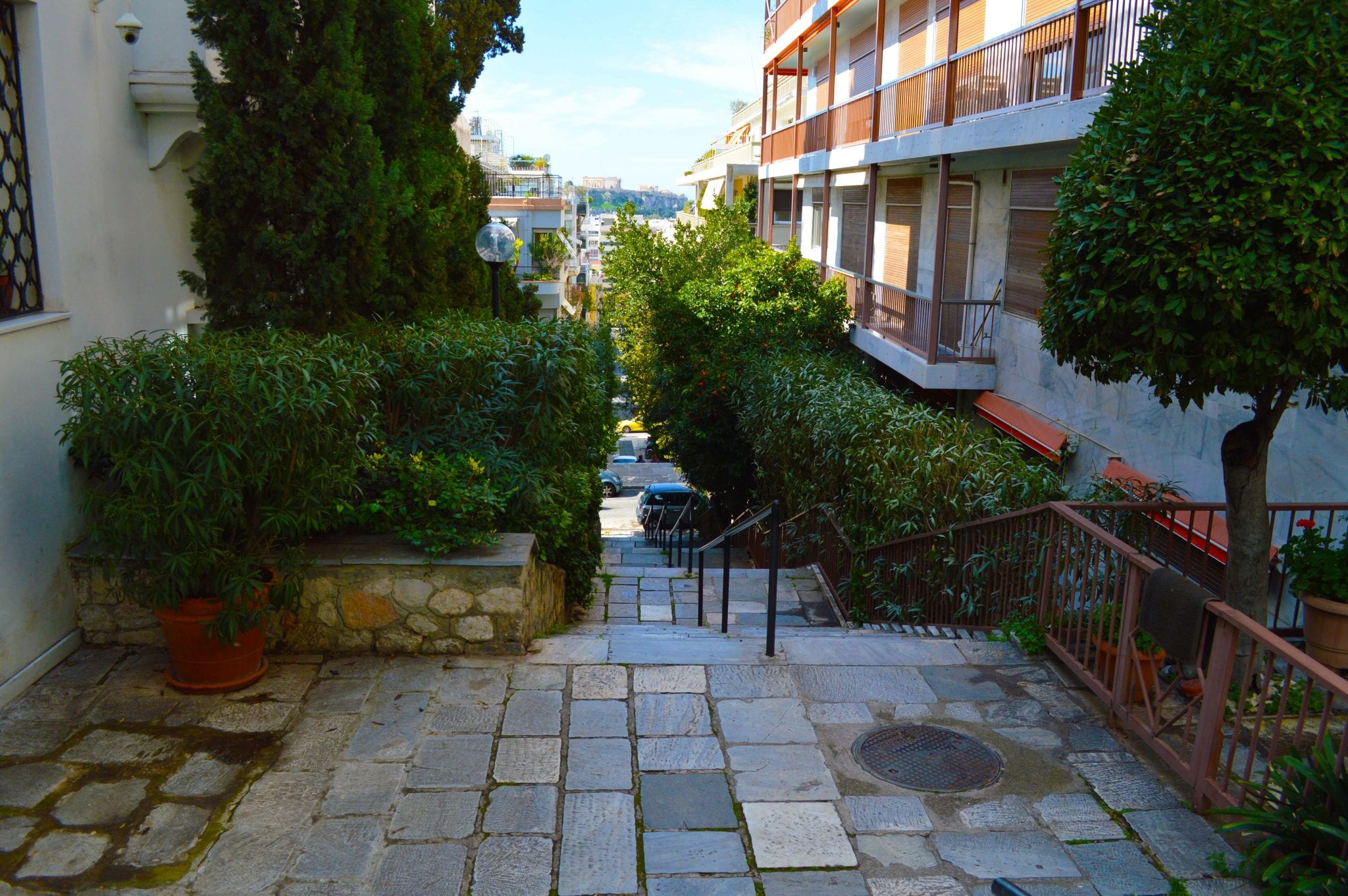 Athens is the incredibly large and versatile capital of Greece. During my city trip in Athens I’ve seen many cool sights. There’re so many different nice districts in Athens that you will walk through while visiting this city. In this article I’ll discuss the three nicest districts in Athens, in my opinion.

Because the city is so big, it’s difficult to see everything in a short time. Especially if you don’t know the city very well. That’s why walking and cycling tours in Athens are great ways to discover and get to know the city.

Because Athens has so many different districts, I thought it would be nice to list my top three nicest ones that I encountered during my city trip. Here they come!

Anafiotika is one of the smallest, cutest and nicest districts in Athens. This district is partly located in the Plaka district nearby the Acropolis. The white-painted houses make you imagine yourself on one of the Greek islands. The super narrow streets lead past all small houses. In Anafiotika, many cats are walking around, some of which wants to get a few pets. Fortunately, most cats look healthy.

The district owes its name to the inhabitants who were brought here from the island of Anafi. It is said to be the oldest district in modern-day Athens.

Our hotel was in the Psyri district. This district was previously known as one of the bad areas and even as a suburb of Athens. Today, on the other hand, it’s definitely worth visiting. There are many restaurants and terraces. You’ll find quite a few shoe and bag shops in this district.

Evripidou Street is located on the edge of this district. There are a lot of spice and nut shops in this street. Spice Shop Bahar is perhaps the busiest of them all. Because every day a long line forms outside. After visiting this street you will definitely come home with an original and tasty souvenir!

In the evening there is not much to do in this street. It’s therefore best to move to the cozy center of the district where the many restaurants can be found.

This old working-class neighborhood at the foot of the Acropolis is very popular thanks to its cozy and authentic character. It is very nice to walk through the Plaka district. Beautiful plants and flowers grow along the houses, giving the neighborhood an extra nice appearance.

Plaka, on the other hand, is a decent tourist district. That’s why you see the necessary souvenir shops and also the prices are high in some restaurants and bars. So be careful where you sit and preferably choose a place where the locals can be found.

In addition to several nice districts in Athens, the city also has several cool viewpoints that you must have seen because you have a great view of the city! Read all about the best viewpoints in Athens.

Curious what else there is to do in Athens during a city trip? Check out my extensive article about the 15 best sights in Athens.