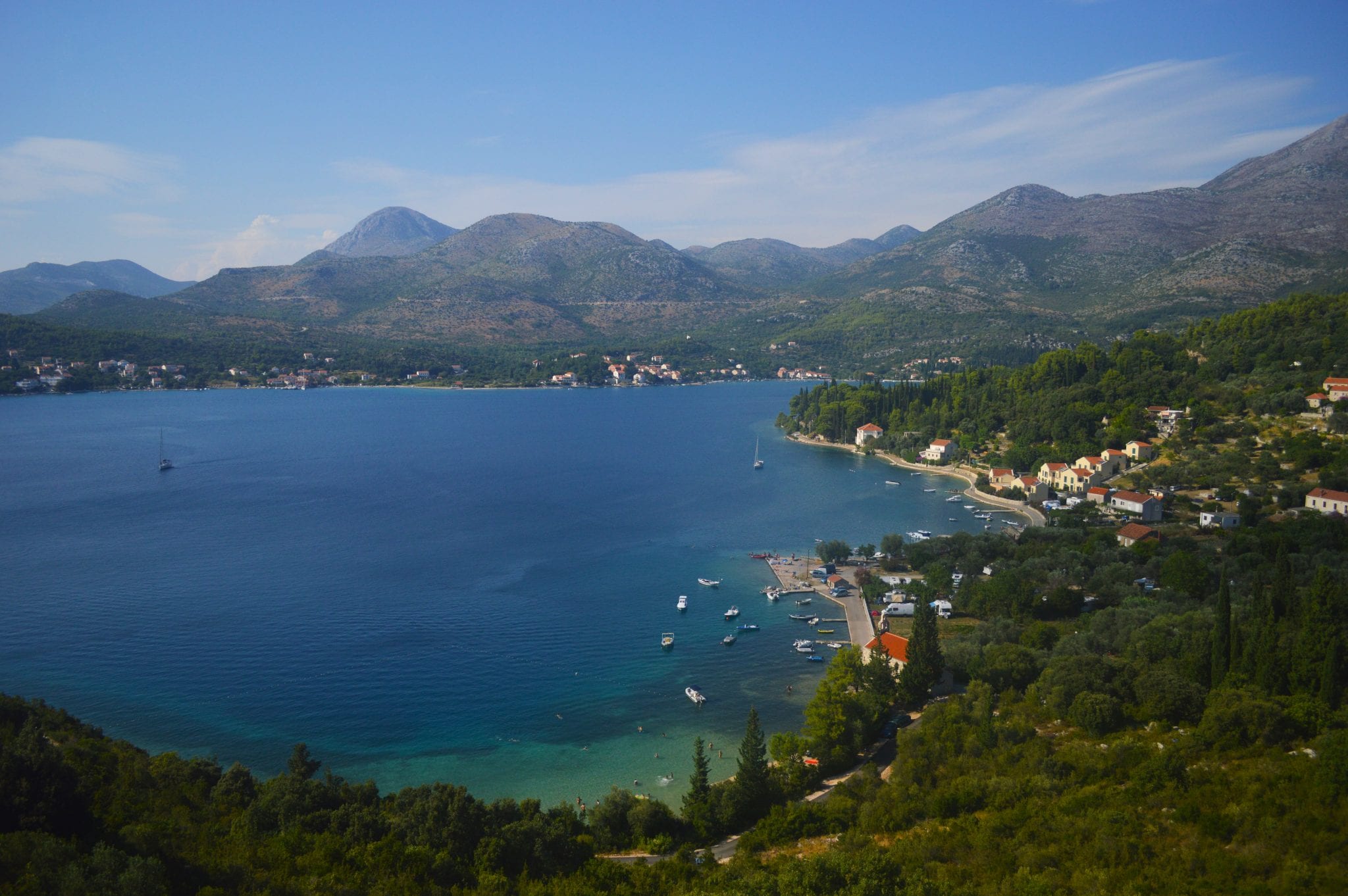 Summer and holidays are slowly but surely returning. Are you looking for a nice holiday, tour or backpacking route through Croatia? I’ll tell you here my itinerary through Croatia in 2 weeks!

Croatia, the country of beautiful coastlines, many tourists and beautiful scenery. The country where the mosquitoes are active during the day and the night and where the stairs seem to never end. And don’t forget the wonderful warm weather! Croatia is a very popular holiday destination and has a lot to offer. There are no fewer than 1000 islands off the coast, which are also very popular with tourists. Croatia is a very nice destination for both young and old.

Are you going to Croatia? Then definitely consider visiting several places! During my itinerary in Croatia, I visited three places in two weeks: Krka National Park, the port city of Split and old Dubrovnik. All places were very beautiful and I saw a lot of them. A combination of these three places makes this Croatia itinerary fantastic for 2 weeks.

Split is probably not the first destination when you think of Croatia. Still, I am very happy to have added this city to the itinerary in Croatia. I stayed in Split for a total of 5 days.

Split is one of the most important cities in Croatia and has the largest port in all of Croatia. Several boats leave from here daily to the many surrounding islands and other distant destinations.

The boulevard comes alive in the evening and there are many nice shops and markets. There are also several pebble beaches in Split and there are many islands off the coast that are excellent to visit from this port city. Read all about the top 6 sights in Split.

The Krka National Park, together with the Plitvice National park, is one of the most beautiful and well-known national parks in Croatia. It is incredibly beautiful green and the waterfalls are just fantastic! Unlike the Plitvice National Park, swimming is allowed in Krka! In Krka you can enjoy a wonderful cooling splash in the water with a great view of the waterfall. Who would not want that?

The Krka National Park is excellent to visit from the city of Split.

This was my final destination of my itinerary in Croatia. Dubrovnik is considered one of the most beautiful cities on the Adriatic coast. The beauty of the city has certainly not gone unnoticed and is therefore visited by many tourists every year. I visited Dubrovnik for eight days.

The city is not only known for its old center, but also for the famous Game of Thrones series. Game of Thrones is mostly filmed in and around Dubrovnik and you can visit those places!

Dubrovnik is also fun even if you don’t like hordes of tourists. Preferably visit the crowded sights outside of the ‘rush hours’. In addition to the well-known sights, there are also a number of less crowded sights. Think of an abandoned hotel where I was the only one during my visit! It was definitely one of the highlights of my Croatia itinerary!

Because of the nice, varied sights and the beautiful surroundings, Dubrovnik is a super cool city to visit. Read all about the top 10 sights in Dubrovnik.

The bus ride from Split to Krka National Park is also easy to travel by bus. This bus trip takes about 1.5 hours, after which you sail a short distance by boat to the entrance of the park.

Check out all the Travel Videos

Moalboal Philippines – 7 things to do + tips