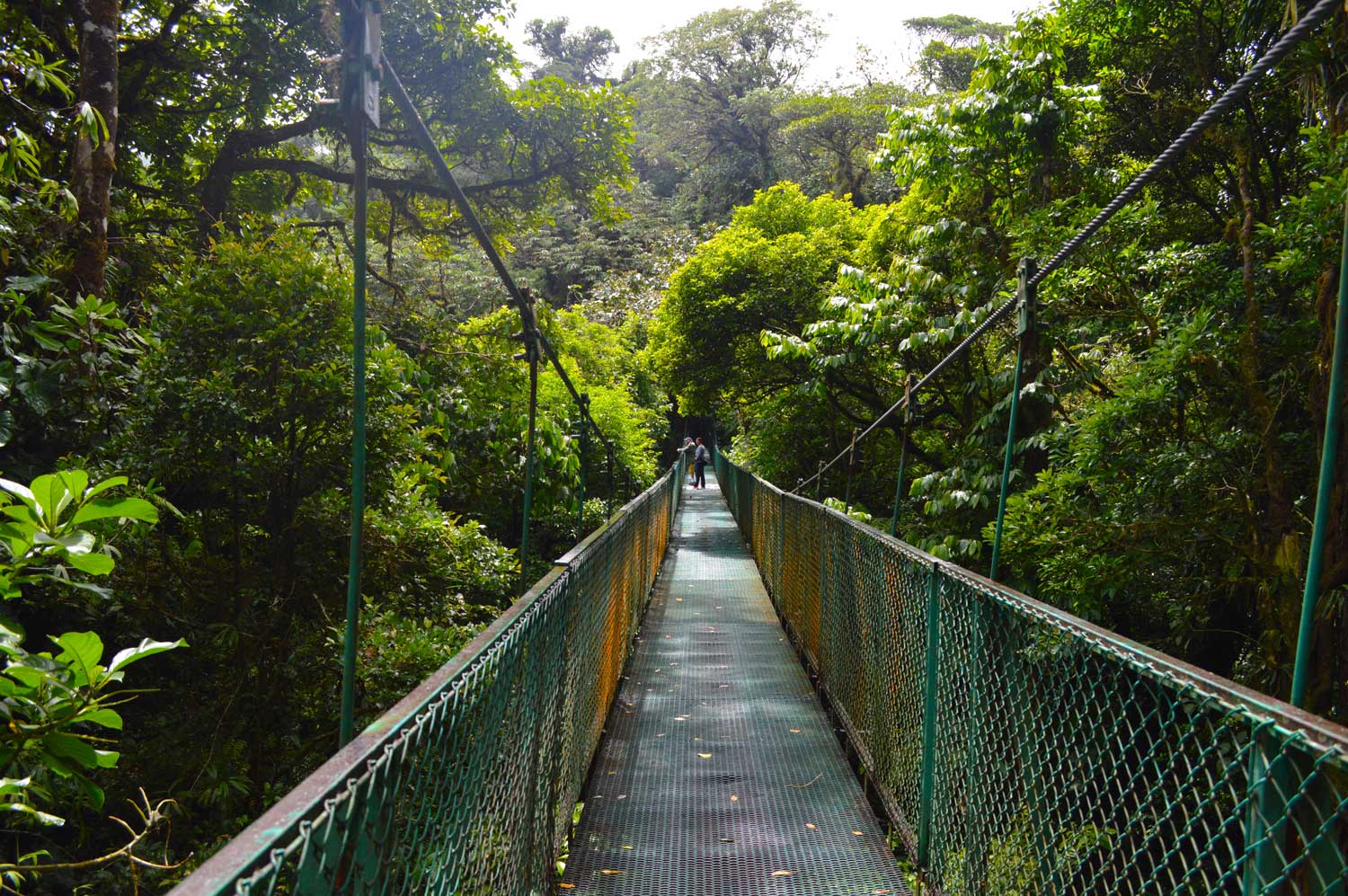 Costa Rica is a country to fall in love with. For example, during my backpacking in Costa Rica I also fell for the natural beauty of this country in Central America. The national parks in Costa Rica are incredibly beautiful and well maintained. Everywhere there’s a good chance to spot wildlife. About a quarter of Costa Rica consists of a national park or other protected area.

Tip: Don’t forget your swimsuit and watch your stuff on the beach. Before you know it, a cheeky raccoon will steal your stuff!

The Cahuita National Park is about half an hour bus ride from Puerto Viejo. A wide sandy path leads partly along the coast through the national park. On one side you’ll see the sea and hear the sound of the waves and on the other side the dense jungle awaits.

Especially early in the day you have a good chance of spotting monkeys and perhaps sloths. Cahuita also has a beautiful underwater world. Snorkeling and swimming is allowed in the indicated areas. Read more? Check out the other articles about things to do in Puerto Viejo and the Cahuita National Park.

Tip: Put on light clothes and bring a swimsuit.

Due to the height and the special climate, different animal species occur here that don’t occur anywhere else in Costa Rica. Walking through the jungle feels like a great experience. Everywhere you hear different kinds of birds. At the beginning of the national park there’s a hummingbird garden where you can admire these special critters up close. Read more about the Monteverde Cloud Forest Reserve.

Tip: Don’t forget binoculars and poncho and take a guide.

The Corcovado National Park is located on the Osa Peninsula in the south of Costa Rica. Corcovado is the largest of the national parks in Costa Rica and features a huge diversity of plants and animals. National Geographic even called Corcovado “the most biologically intense place on Earth in terms of biodiversity.” It’s the only park in Costa Rica where all four Costa Rican monkey species can be found.

Corcovado National Park can be reached from Drake Bay or the city of Puerto Jiménez. Since 2014 it’s mandatory to enter the park with a guide. It’s possible to book a day trip, but also a multi-day trip where you spend the night in the park. Entrance is $ 15 per person.

Tip: Bring enough food and water. There is no possibility to purchase this in Corcovado.

Tortuguero National Park is best known for the turtles that lay their eggs here every year on the 35 kilometers of coastline. It is located on the Caribbean coast of Costa Rica and can only be reached by plane or by boat.

The biological diversity is enormous thanks to the different habitats that the park has, including rainforest, lagoons, swamps, mangrove forests and beaches. Several monkeys, including capuchin and howler monkeys, sloths, 320 bird species and various reptiles, live in the Tortuguero National Park.

Tip: Bring your rain gear, because it rains very often in this region of Costa Rica.

General tips for the national parks in Costa Rica